I would like to give you an exciting update on the outcome of FCS’s first two fundraisers of the year.

Faith Walks/Serves was a great success. Grand total raised was $23,230! Praise the Lord! That is the most we have raised in the last 10 years. Thank you to all who sent in addresses and sponsored your student(s).

140 student sent in addresses out of 174
Those 140 students created 300 donors.
300 donors is an average of 2 donors for each person that participated
Those donors gave an average of $77.43 each

The Goal for Giving Tuesday this year was $5,000 to purchase two AEDs and two 3D printers for the Technology Lab FCS is developing. We exceeded our goal! The grand total raised was $7,492.90 Praise the Lord!

Thank you to all who have participated in Faith Walks/Serves and Giving Tuesday. It has been a privilege to watch God move in the heart of his people to meet the needs of FCS. I am so excited for all that God is doing though our families, students, and staff.

January 2022 Calendar
Schedule A Visit Today INFO
Call the office at 610-588-3414 to make an appointment for a tour of our school.
CONTACT US 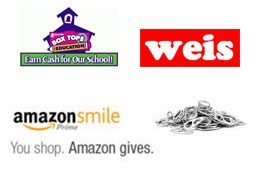