In March of 1980, a group of Christian parents from the Slate Belt and the Pocono’s regions saw a need for Christ-centered education without acknowledging a specific church’s denomination.  Having looked at all the options in several different communities, their visit to the old Columbus school on Dante Street quickly affirmed to them God’s next plan for the abandoned structure.  Walking around the brick edifice and down its darkened hallways revealed that here would be the physical center of their spiritual calling for a Christian school.  One of those parents, Robert L. Tomlinson, would also be the school’s founding administrator as determined the Faith Christian School Parents’ Association and its elected Board of Directors.

In August of that year, association members descended on her like angels to bring her back to life.  The floors (especially in the gym) were torn up where warping required and replaced or rebuilt.  Broken windows were replaced; debris was removed; walls and ceilings painted.  When September came, a staff of loving, encouraging teachers like those of the previous three generations stood on the Liberty Street lawn to welcome the next generation of students into the venerable Columbus School.  Welcoming this family of Faith and echoing the values of the townsfolk were the words of Christ left on the auditorium/gymnasium wall by the Roseto Class of 1949: “Ye shall know the Truth and the Truth shall make you free (John 8:32).”

In the years that followed, Faith Christian would grow in many ways.  With its first graduating class of eight coming the very next year (1981-82), Faith’s tradition would take firmer root in the region.   With each year, new and returning students and their faithful parents would rekindle the flame of the original calling and God’s faithfulness.  Graduates would join the ranks at colleges, at trade and technical schools, and in the military.  With the coming of the Nineties, the Board would receive the signal from the parents’ Association to expand the campus beyond the original buildings constructed by the townspeople in 1913 and 1938. By 1997, a vacant building across the street, once part of the region’s now dormant textile industry, was acquired and renovation into elementary classroom, library, and office spaces began.  Meanwhile, improvements to the original Columbus buildings included relocation of the bell with the removal of its original cupola, and the replacement of the old furnace with four new ones.  With the new millennium came the opening of Faith’s South Campus thanks to the sacrifice of many from the Board, faculty and administration, parents, and other interested parties.  While elementary newcomers find it hard to imagine their children study where mill workers once cut, stitched and folded, visitors to the old (now called North) campus would soon find a dedicated science lab where the old cafeteria once was, a computer lab where once preschoolers played and napped, and a renovated auditorium/gymnasium without the old projection booth but with upward-folding basketball goals.  While all among us recognize our growth is to the glory of God and His faithfulness, it is impossible to forget our history’s beginning within the 1913 building erected soon after the town’s inception by its first generation of leadership and the 1938 building erected by the second generation soon to fight World War II.

Original Building from 1913 (Photo Courtesy of Borough of Roseto)

Schedule A Visit Today INFO
Call the office at 610-588-3414 to make an appointment for a tour of our school.
CONTACT US 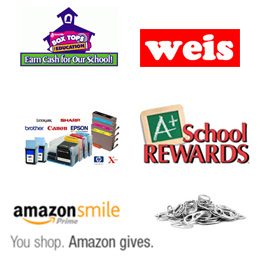